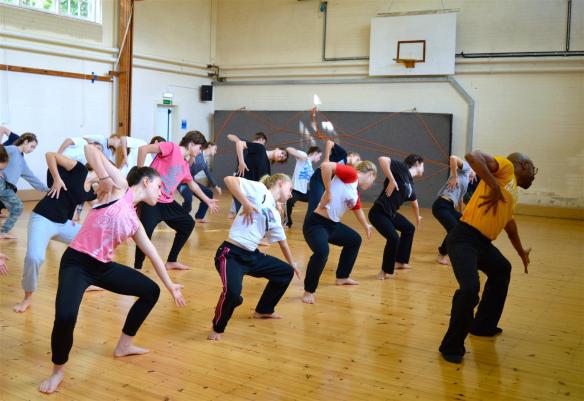 Bedales dancers took a trip to the Mayflower in Southampton recently to see Alvin Ailey American Dance Theatre’s newest works including Revelations, the most widely-seen modern dance work in the world. Many of us have been studying the piece for BAC and A Level Dance, and seeing it live was a very exciting experience. Based on Ailey’s ‘blood memories’, Revelations illustrates scenes from his childhood such as going to church, baptism, and celebrations, all very spiritual and traditional experiences for a young African American growing up in the 1930’s. These stories are clearly translated into movement, dancing to traditional African drumming and gospel song. Other sections of the performance have been recreated and newly choreographed by the company’s current artistic director Robert Battle, who uses Ailey’s’ original techniques with modern stylised tweaks. 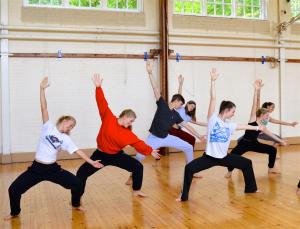 We were also lucky enough to have a workshop the next day run by Matthew Rushing, the company’s rehearsal director. We worked with him for an hour and a half learning some basic Horton technique used by the company and repertoire from the performance. We learnt repertoire from their piece Exodus (2015) which was choreographed by Rennie Harris and looks at the House dance scene in America and was really fun to learn. Then we focused on the piece Revelations (1960) looking at two sections in particular, I’ve Been Buked and Didn’t My Lord Deliver Daniel, both of which required strength, control and strong alignment to be able to execute the movement fully.

The workshop really pushed our boundaries and Matthew went through the movement with us to help convey the stories behind the movement as we performed. All of us really enjoyed the workshop with Matthew, the way he delivered the movement allowed us to really engage and push our understanding of Alvin Ailey American Dance Theatre further. 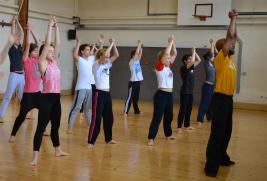 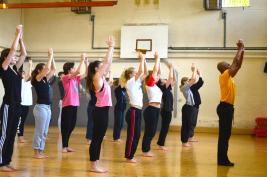